In 2020 the first oliveCEPT® unit was under evaluation at cooperative Agioi Apostoloi, thanks to the great results achieved, two machines will be installed during 2022.

Spain accounts for almost half of global olive oil production, however, Greece is first in class when it comes to consumption. Per capita consumption is highest in Greece, followed by Italy and Spain. Greece is also the third-largest exporter of olive oil.

The tradition of olive oil in Greece stretches back to ancient times, evidence suggests that olives were being grown in Crete as long ago as 2500 BC.

The tradition is deeply rooted, to say the least. As two oliveCEPT® ODIN systems are about to be delivered to Agioi Apostoloi, it makes a perfect example of how tradition meets new technology!

Agioi Apostoloi is a Greek olive oil cooperative serving 521 members. The cooperative currently has one of the most modern olive oil mills in Greece located in Vatika of Lakonia.

They produce about 1000 tons of extra virgin olive oil annually. The focus on quality is very high.

During the 2020 season, the cooperative first got familiar with the technology for olive oil production.

The results were quite amazing. With oliveCEPT® installed the cooperative at Agioi Apostoloi managed to increase the production of EVOO by 10 %. They also managed to reduce the extraction time by 50 %

The results led them to invest in oliveCEPT®.

Below is a video from Agioi Apostoloi, explaining in greater detail what effects oliveCEPT® had on their production:

The evaluation results from their test period were very good and showed with all the desired clarity the value oliveCEPT® adds, this convinced them to continue on a commercial scale. We are very pleased to be able to deliver two oliveCEPT® to Agioi Apostoloi. It is another customer with a focus on quality and we are happy to be a part of delivering even better quality and streamlining their production process. ” Says, Johan Möllerström, CEO, OptiCept Technologies.

More information about oliveCEPT®? Fill out the form and we'll get back to you as soon as possible! 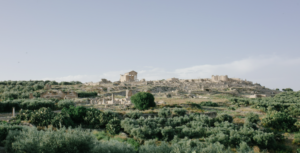 Olive oil producers are investing in modern technology for EVOO extraction such as oliveCEPT. The first unit is soon installed in Tunisia. 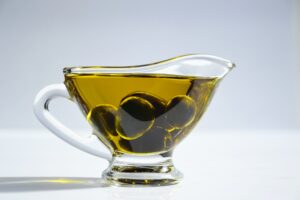