Italy offers olive oil of the highest quality – Tuscany is the home to many of them.

The Tuscan soil, the climate, such as the amount of sunshine and rain, as well as the type of tree are all factors that are just perfect for the Tuscan olive oil producers to achieve extra virgin olive oil of the highest quality.

Already during Etruscan times, Italian olive oil was considered sacred – for religious reasons, but also because of its great value. The olive tree was imported to Italy more than 5000 years ago. Soon after, the Romans started to produce and export large amounts of olive oil.

At that time, extra virgin olive oil was mainly used as food, medicin and body balm.

Tuscan first-quality oil plays also an important role in the famous Mediterranean diet, which is considered to be one of the most healthy ones. Due to the favorable weather in Tuscany, the four main varities can be found here: Frantoio, Moraiolio, Leccino and Pendolino.

Tuscany is one of the most awarded olive oil-producing regions at the 2021 NYIOOC World Olive Oil Competition. 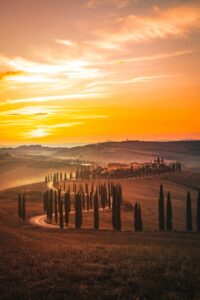 In addition to other high-quality olive oil producers from Italy, OptiCept can now proudly call a Tuscan “frantoio” their customer, as an oliveCEPT® model THOR will be installed during harvest season 2022 at one of the world’s leading producers.

With one thousand years of experience and knowledge of olive oil production, the family-owned business is a leader in both high-quality wines and olive oil.

They have been producing wine and olive oil for 30 generations and have 700 years of winemaking experience. The family business has been awarded numerous times for both its olive oil and wine, including Italy’s most respected wine magazine Gambero Rosso naming them Winery of the year. Today, olives are grown on 300 hectares with a focus on the highest quality and sustainability.

“The company is well-known for its high-quality products and undeniably has an awe-inspiring history and great influence. This is a very good opportunity to establish oliveCEPT® among the leading quality producers in Italy,” says Thomas Lundqvist, CEO of OptiCept Technologies.

How the oliveCEPT® technology works
En savoir plus 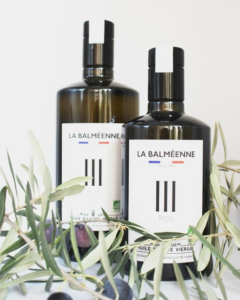 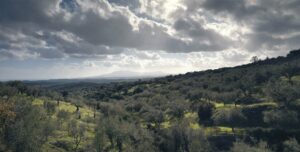 The integration of oliveCEPT® offers a number of advantages when it comes to extraction yield and quality of olive oil.